In August/September, Nicolas Wiese has been invited as an artist in residence to Attisholz – the huge abandoned factory site near Solothurn has been transformed during the 3-months project KETTENREAKTION 2016 (‘CHAIN REACTION 2016’) by artists from all over Europe. As one of the first guest artists, Wiese found the industrial site in an untouched state of slumber and ghost-like decay, with a lot of traces left by the workers.
Within one week, the stop motion video work ‘Version 1: Pseudo_Code’ has been derived, in which Wiese utilized daytime photography of single spots to be re-projected into the same places by night. Multi-layered impressions, mirrored and twisted perspectives, and spatial reflections of found traces have added up to this video panorama. On top of that, chalk-written signs and diagrams have been included into the process as a personal, yet somewhat hermetic, ‘stream-of-consciousness’ layer.
The sound track, composed on-site as well, is predominantly based on water leaking into a metal sink, recorded in the factory’s washroom.
For the International Klangkunstfest Berlin (6–8 Oct), Wiese elaborated a second version of the piece, with an augmented sound composition and permanently spread out chalk writings / drawings. The latter are brought to Attisholz for this final presentation, to close the circle on the original site.

Some more detailed words (in german) about the process:    CLICK HERE 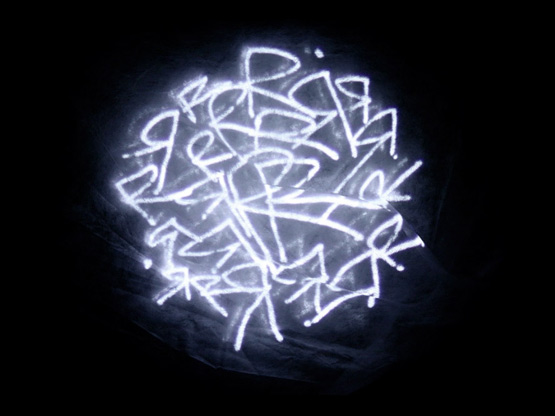 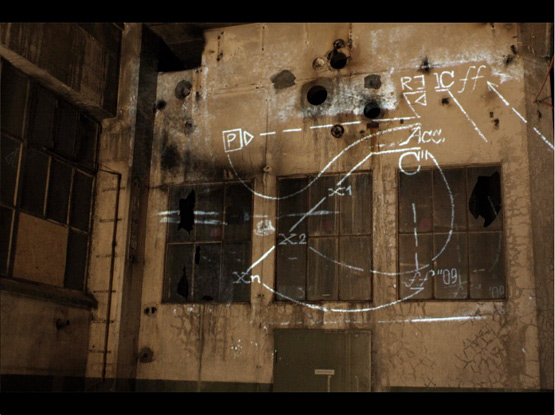 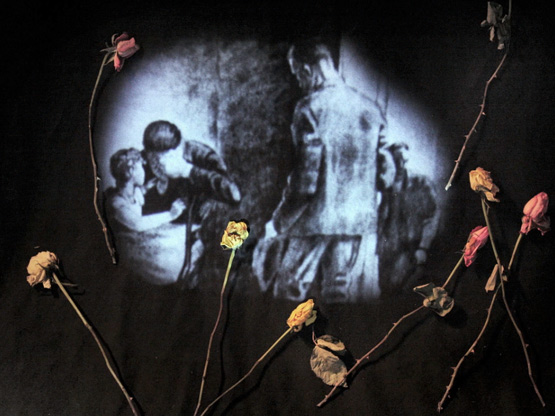 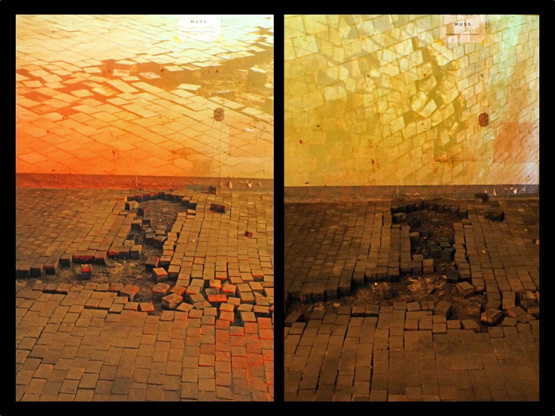 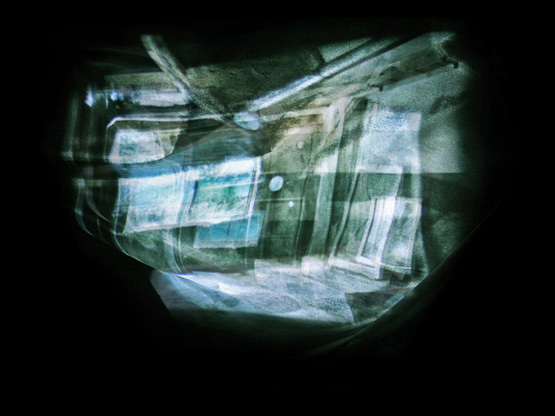 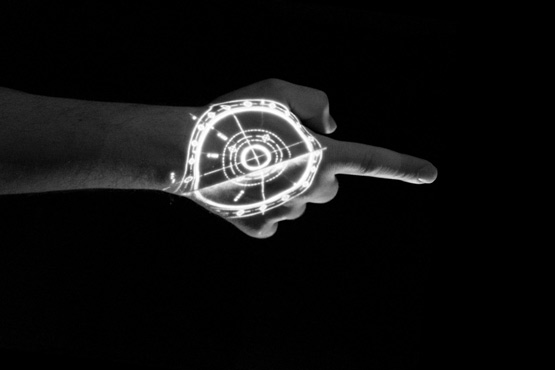