A trio based in Hamburg and Berlin, these three musicians have played together since early 2006. A very specific group sound has emerged, as well as an optimised technical approach, out of their necessity to find a common language between acoustic and electronic information.
The acoustic material that Nicolas Wiese recycles on the computer is exclusively what he records from Lars Scherzberg and John Hughes during the show.
This is quite interesting; while improvising on their instruments they are constantly confronted with their electronically alienated reflections.
On a Sunday afternoon in June 2008 in Berlin, the three gave a live example of this process at the Vivaldi Saal which was set up to create the basis of their debut album »Discard hidden layers?«

(Press release by the label Schraum) 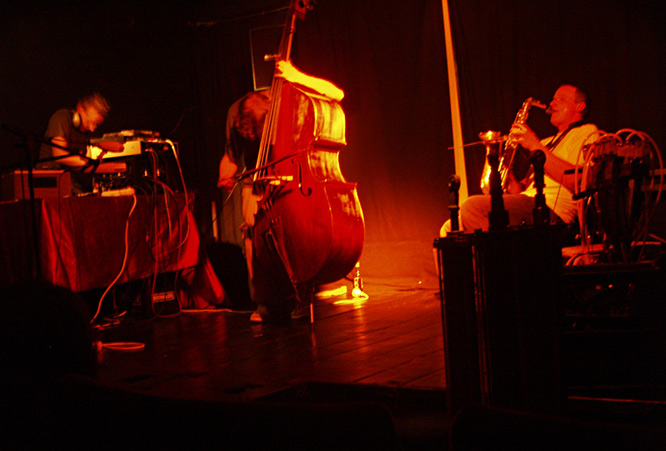