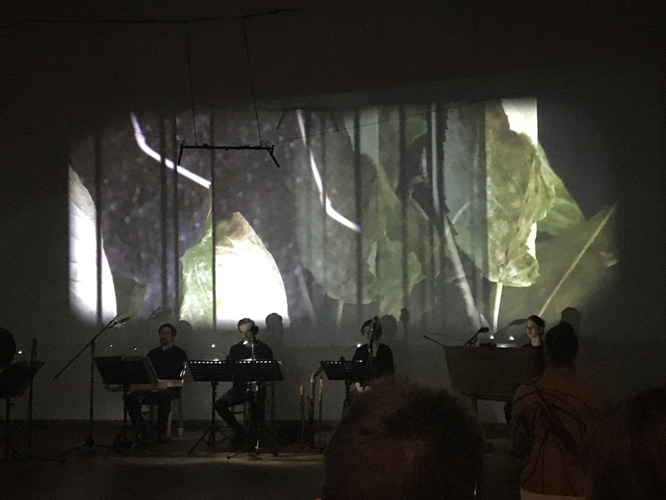 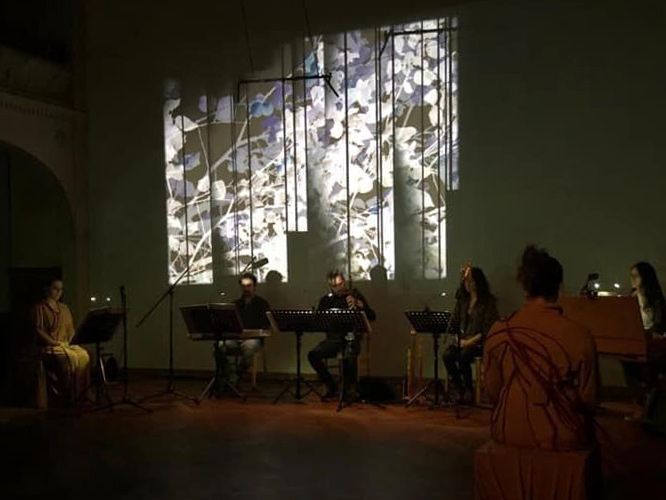 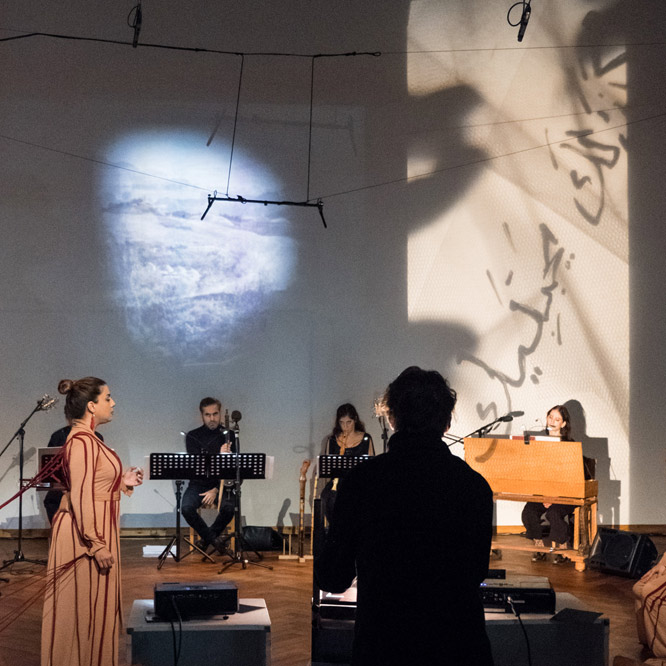 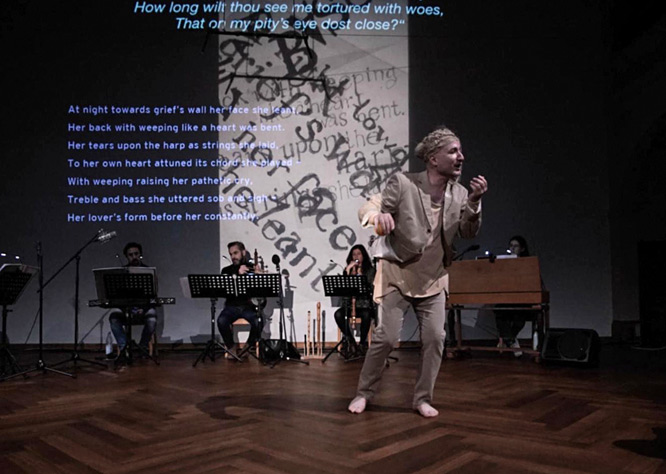 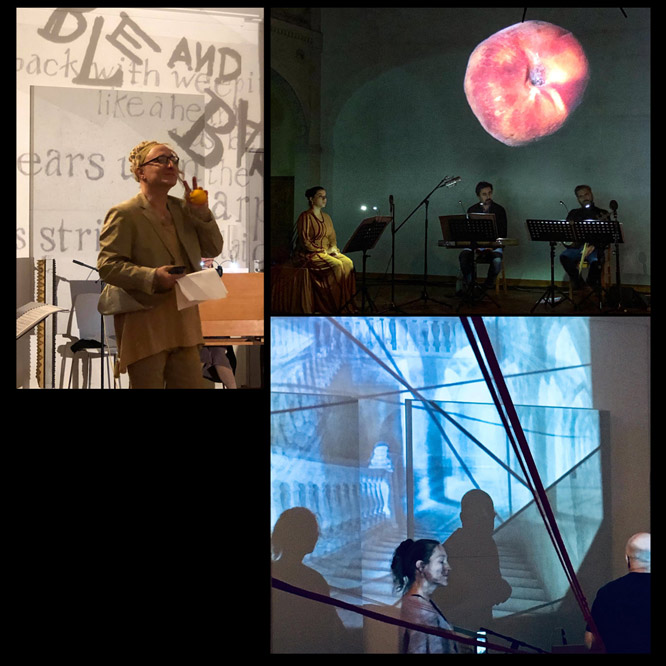 The work focuses on the history of Zuleikha, a fascinating and dazzling figure rooted in both Persian and Western history. She inspired Persian and Western poets such as Hafez, Ferdowsi and Goethe. Her pleasurable actions turn a system (including her own) upside down, and she seeks unusual experiments in her defence. The libretto by Michaela Vieser (Berlin) and Amir Hassan Cheheltan (Tehran) approaches this figure in an interpretation located in modern Tehran, from which both Zuleikha’s „historical self“ and her dreams and visions grow like ornaments. Zuleikha’s story is set to music in a contemporary composition that explores the musical phenomenon of ornament. It plays an important role in both Persian and European music. It has often been mistakenly understood as not belonging to the „substance“ of music and has therefore hardly been appreciated artistically so far. In fact, it leads to the deep structures of music and is understood here as the DNA of both musical traditions. It reveals common roots and connections even between seemingly distant musical cosmos.
The full-length composition by Arne Sanders (Berlin) and Amen Feizabadi (Tehran) merges Persian and Western musical culture and thus creates spaces for a new musical language, far removed from any exoticism. The musical and vocal cultures are mixed in such a way that the tonal result makes a clear geographical location irrelevant, based on their ornamentation, in Persian music among other things called The foreign becomes the own, the own the foreign.